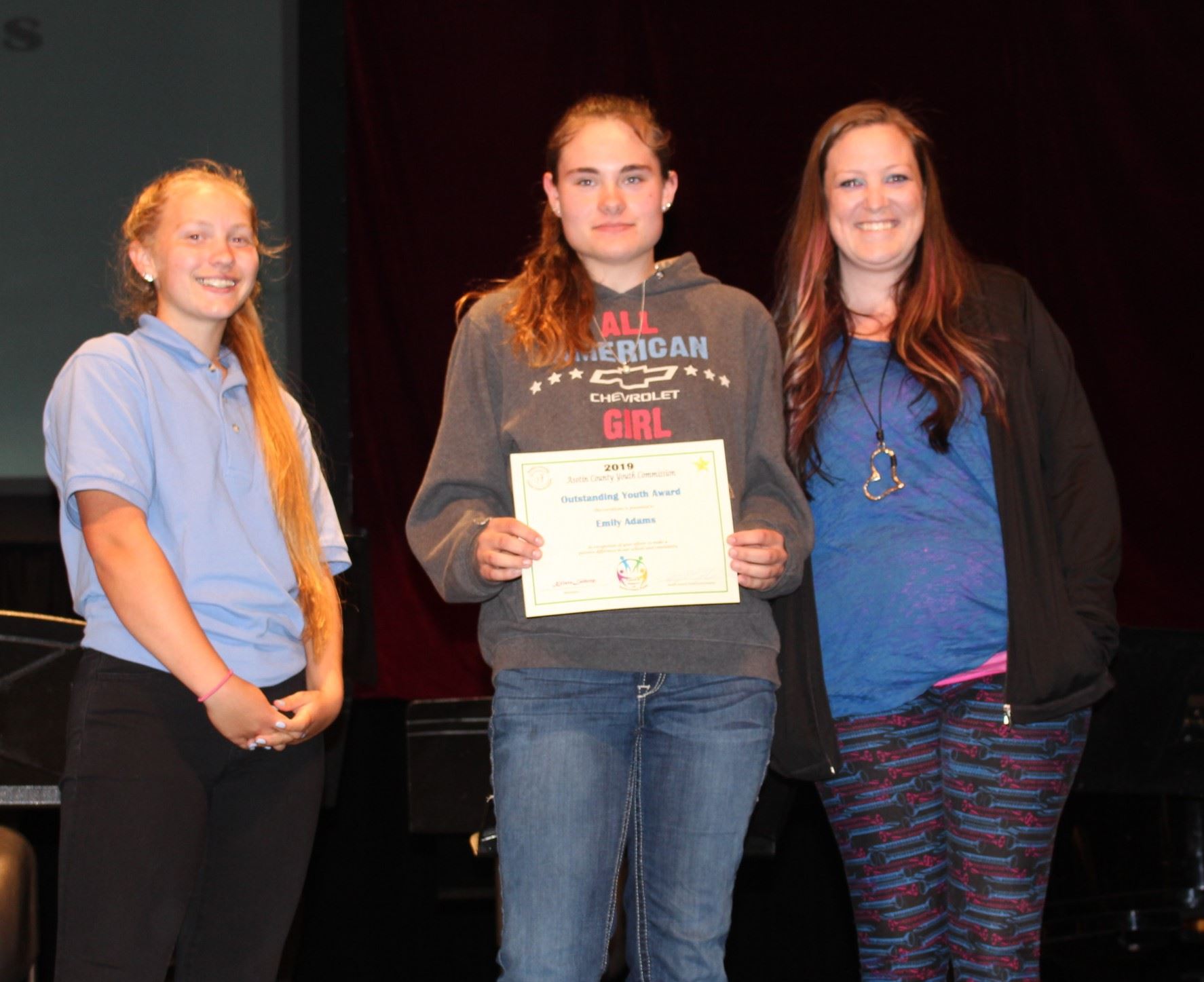 I would like to recognize Emily for her heart. Her compassion for others. Thought fair weekend she took my son under her wing. She has an eye for seeing frustrations building and would come and shift the gears to allow tasks to be completed. She helped during morning madness, barn duties and just any time they saw each other she would check on how he was doing. Her efforts really helped pave the way for a smooth fair weekend for my son and eliminated many stresses for me. I had many tasks for fair and we were a leader down and Emily as well as her mom Susan saw the need and filled it.

Even though they are not in our group I am thankful to have such wonderful compassionate people in our 4-H family. 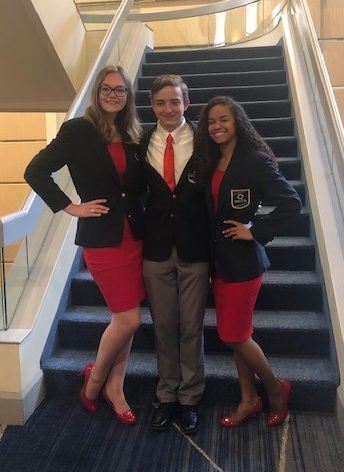 On November 2, approximately 200 4th grade students of the Clarkston School District attended the 18th consecutive year of the Entrepreneurship Development Conference (EDC). The coordinators Alyssa, Jazmyne, and Michael chose “Entrepreneurship is Incredible” as the theme for the 2018 EDC. The three coordinators are from the third year marketing class, and all competed at nationals last year receiving top 10 honors. One of the main goals for the project coordinators was to “Inform the fourth grade students of entrepreneurship: the requirements, challenges, and benefits of running a business.”

They put in countless hours of work to do this project. They took first place at the State DECA Competition, and competed in the International Career Development Conference in Orlando, Florida against 22,000 other DECA members. These three are both tremendous assets to our school and community. They are outstanding role models and have contributed over 200 hour to promote entrepreneurship to the youth of our community. These three students competed at the International DECA competition and placed in the top 10. 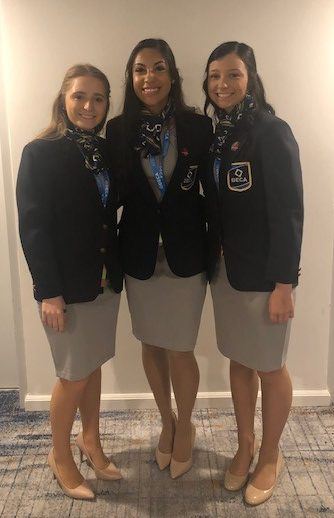 The “Stop, It Can Wait” campaign educated the students and faculty of Clarkston High School, grades 9 to 12 about the dangers of Texting and Driving and distracted driving. We then took our campaign to our community, we involved local businesses in the Lewis-Clark Valley to discuss the dangers of Texting and Driving and to give them more information about our campaign. Texting is a problem that affects all who drive. The coordinators put on a “boxcar” half-time demonstration at Clarkston High School’s football game on Friday, October 12th to demonstrate that texting while driving is equivalent to driving the length of a football field blind. At the conclusion of the campaign, they presented the campaign to the Clarkston Rotary, Chamber “After Hours” and, the Lewis-Clark Chamber. Southeast Washington Economic Development Association (SEWEDA) also promoted the campaign.

They put in countless hours of work to do this project. They took fourth place at the State DECA Competition, and competed in the International Career Development Conference in Orland, Florida against 22,000 other DECA members. These students had a huge impact on high school and community. They helped to educate their peers on the dangers of distractive driving. This is one of the most impactful projects because of the effect it has on the students and community of the LC Valley. Clarkston DECA appreciates the involvement from the local community businesses: especially SEWEDA, Inland Cellular and Rogers Toyota for sponsoring this project. 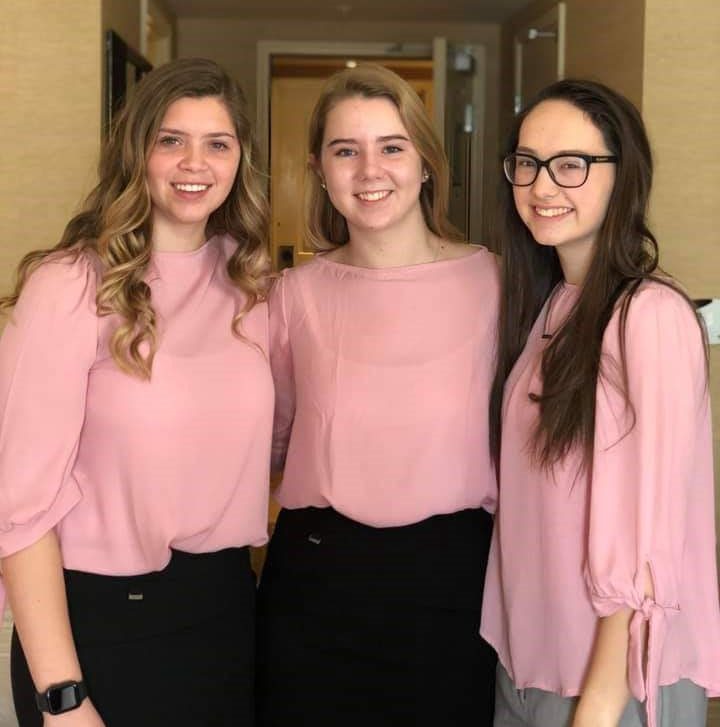 The Clarkston DECA chapter sponsored the 9th Annual Spike for the Cure volleyball tournament in October. Spike for the Cure was an opportunity for Clarkston High School (CHS) to come together to raise funds for the Gina Quesenberry Foundation, which is a non-profit organization whose goal is to provide financial assistance to local patients with breast cancer. This was a two-phased project: first, to educate CHS girls about breast cancer; and second, to raise funds for the Gina Quesenberry Foundation. The all-girl assembly that took place during core/flex had a great impact on each girl.The volleyball tournament was open to all CHS students. The 18 teams (108 players, including high school students and faculty members) competed against each other in a tournament at the CHS gym. Community businesses also sponsored the tournament, and Spike for the Cure shirts were sold to promote the fundraiser. The fundraiser saw a huge turnout!

Heidi, Claire and Jasmine were the coordinators for this event. They spent countless hours soliciting sponsors, organizing players and teams, creating baskets and prizes to be raffled off for donation, organizing the informational assembly, and conducting activities the night of the tournament. Their efforts contributed to the overall success of the event. They raised over $4,000 for the Gina Quesenberry Foundation and encouraged other groups in the school to raise money for the foundation. They also held two educational assemblies for the students of CHS about the importance of early detection of breast cancer.